The regional F3 Asian Championship began last weekend at the Dubai International circuit with 3 races being organized across the weekend. The season will go ahead with another 2 rounds of races at the Yas Marina Circuit from 4th to 7th February.

Of all the participants, Mumbai Falcons is an All-Indian team with Armaan Ebrahim as the team principal and two of India’s high hopes in Motorsports – Jehan Daruvala and Kush Maini at the wheel. The team showed great pace across the practice sessions and the two qualifying sessions with Jehan and Kush qualifying at P4 – P8 and P5 – P8 respectively.

India’s recent Formula 2 race winner, Jehan Daruvala continued his rich form with a podium in Race 1. Kush Maini had an unfortunate Lap 1 incident which meant he had to make a pitstop and came out plumb last. He showed great pace though as he kept the fastest lap of the race for most of the race distance only to get out-witted by the experienced Guanyu Zhou in the last few laps to take the fastest lap. Zhou went on to win the race with another F2 driver – Roy Nissany of Israel finishing second. Jehan came home third and completed an all F2 podium for race 1. Kush Maini ended up with the second fastest time of the race.

Race 2 starting grid positions meant a great chance of victory or a podium for Kush Maini as he was slotted to start from the front row of the grid in second place, but luck was not on his side. Such was his torrid luck this weekend that he could barely move a few meters from the grid and had to retire with mechanical issues – expected to be clutch related. Jehan Daruvala finished P7 in race 2 and his pace was not the best as he had opted to race with the used tyre set and preserve the fresh one for Race 3. Zhou, who started on pole and opted to start with a fresh tyre set made use of the fresh rubber to great extent to end up with another win under his belt.

Race 3 had more drama as far as the Indian team was concerned and sadly it was again Kush Maini who was at the receiving end. He had a decent getaway from 8th on the grid but braked a bit late going into Turn 1 and made the cardinal sin of collecting his team-mate Jehan Daruvala in the process. Guanyu Zhou, who won the first 2 races was also caught up and had to retire on Lap 1 with a right rear broken suspension. Both Jehan and Kush fell to the back of the grid but Jehan showed great pace and came home 7th by the end of the race. Jehan kept the fastest lap of the race to his name.

The championship is currently being led by Zhou with 50 points and is closely followed by Pierre-Louis Chovet (nicknamed PLC) and Dino Beganovic (nicknamed Dynamic Dino). Jehan Daruvala is placed 7th with 27 points and Kush Maini is yet to open his account. In the constructors, Abu Dhabi racing team backed by Prema lead the way with 96 points. Mumbai Falcons are currently 5th on the standings.

Mumbai Falcons had a very good outing scoring 27 points in the 3 races, but we hope Kush joins the party as well in the next 2 rounds and they show their true potential. For all the motorsport enthusiasts, who would want to follow the F3 Asian Championship closely, the qualifying and the races are live streamed on the YouTube channel of Mumbai Falcons team.

Let’s get behind the Indian team and cheer them!! 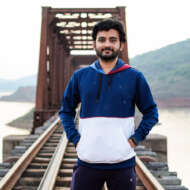